Simulating the debate on bodies falling through a rotating Earth.

This page provides a synopsis of a historical debate between Newton and Hooke on the path of a body falling through a rotating Earth. A package of computer simulations is provided to illustrate the various conjectures made by Newton and Hooke about this motion. Each conjecture is based on a different set of implicit assumptions about the gravitational and resistive forces acting on the body as it moves through the Earth.

Synopsis of the Debate

The debate between Newton and Hooke about the fall of a body through a rotating Earth was carried out through a series of letters between the two men. On 24 November 1679 Hooke wrote to Newton, inviting Newton to take part in the scientific discussions of the Royal Society (of which Hooke had recently been appointed Secretary). The debate was
carried out in subsequent letters, as summarized below (all dates “old style”).

Use the link below to download a package of Java simulations that illustrate the conjectures described above. The simulations were created with Easy Java Simulations, and the Launcher package was constructed with LaunchBuilder (see below). You will need a recent installation of Java (1.5 or later) to run the simulation package. The simulations in this package are released under the GNU General Public License Version 3.0. 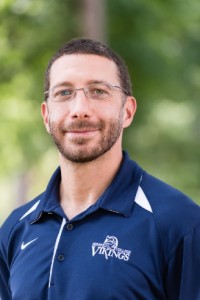