To access this routine from within Stats Homework, pull down the Probability menu, select Illustrate Areas in a Distribution, and then select Illustrate Statistical Power with the Normal Distribution.  If you are using the stand-alone program, you will not need to do this.  Here is the user interface: 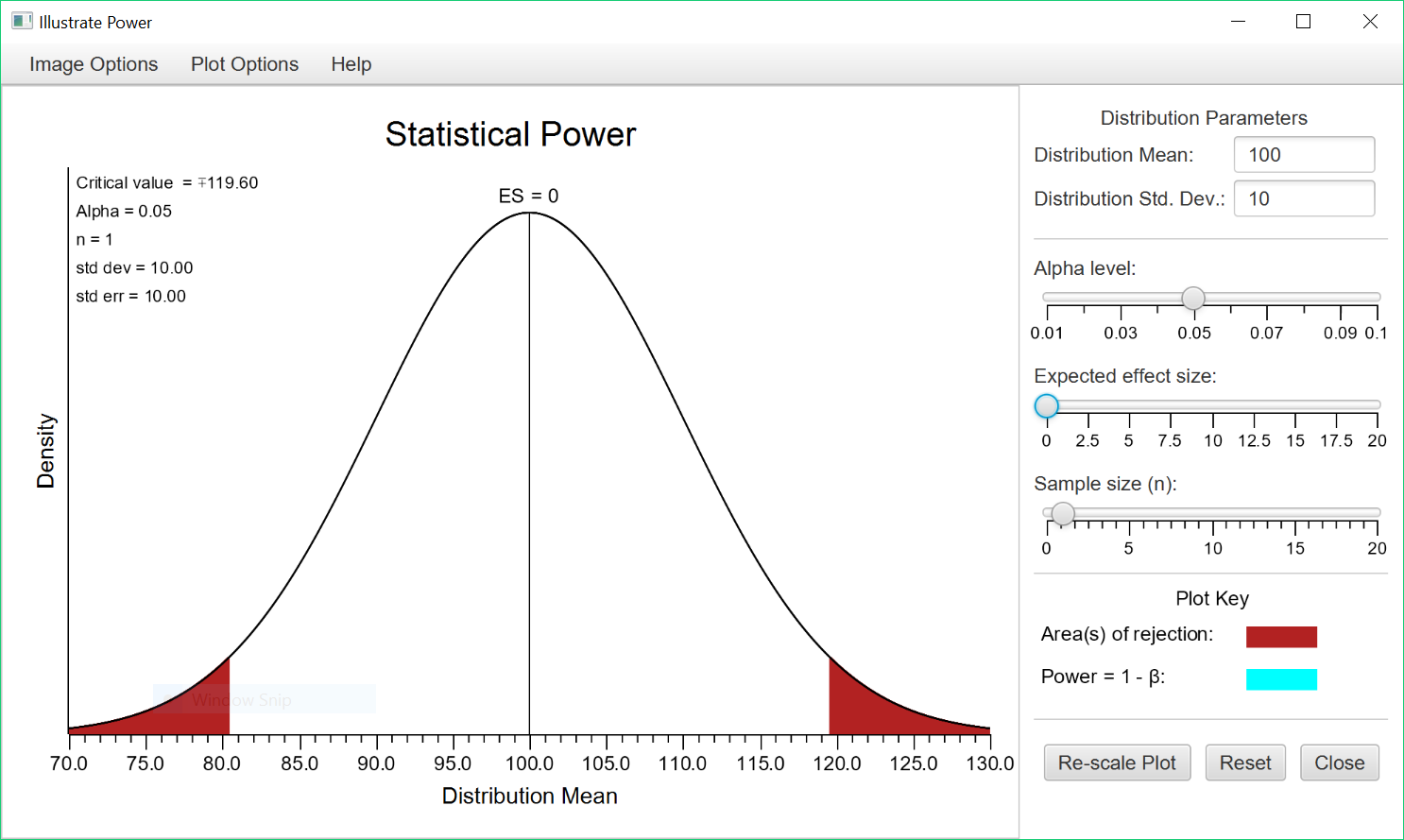 If you were to get a result that falls in one of the red tails -the areas of rejection- you would reject your null hypothesis and conclude that your result represents a statistically-significant effect.  The default is for you to assess a non-directional (i.e., two-tailed) hypothesis with an alpha = .05.  So, the critical value of your z statistic would be +/- 1.96.  This corresponds to a score of 119.60 in this distribution  ([1.96 * 10] + 100 = 119.6).

Ok, let’s consider an effect size greater than zero.  Move the effect-size slider back and forth, and then release it at 10.0.  Then, press the “Re-scale Plot” button: 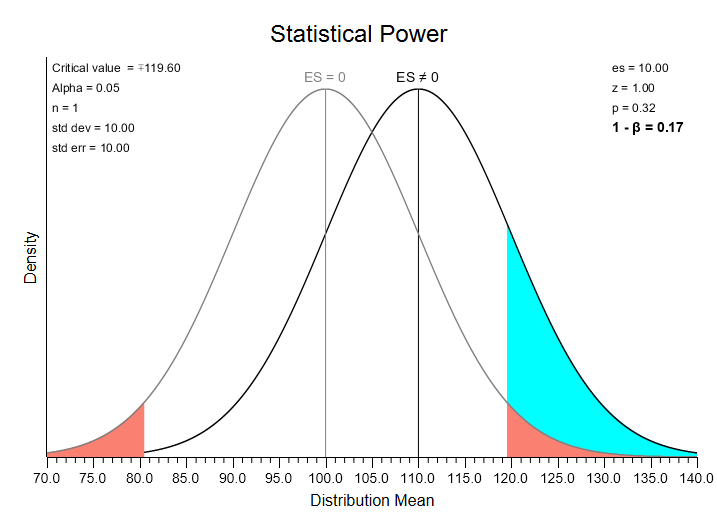 Imagine that you are randomly sampling results from this alternative distribution.  Sometimes (17% of the time), the result you obtain would fall in the rejection area of the null distribution (this is the blue area highlighted in the graph).  This area represents the statistical power of this test — the probability that you will reject the null hypothesis given that some alternative is actually true.  This also tells us that 83% of the time, we will fail to reject the null.  This is Beta — the probability that you fail to reject the null hypothesis when it is in fact false.  Power is 1 – Beta.

In the above situation, you are working with single scores (i.e., n = 1).  In most research situations, you will be working with some sample with n greater than 1.  Slide the “n” slider back and forth, and see how this changes the shape of the distributions, and thus, the amount that they overlap.  Notice that as n increases, the value of your z statistic increases, and the critical value required to reject your null hypothesis decreases.  Slide this slider to 5 and release it.  Then, press the “Re-Scale Plot” button: 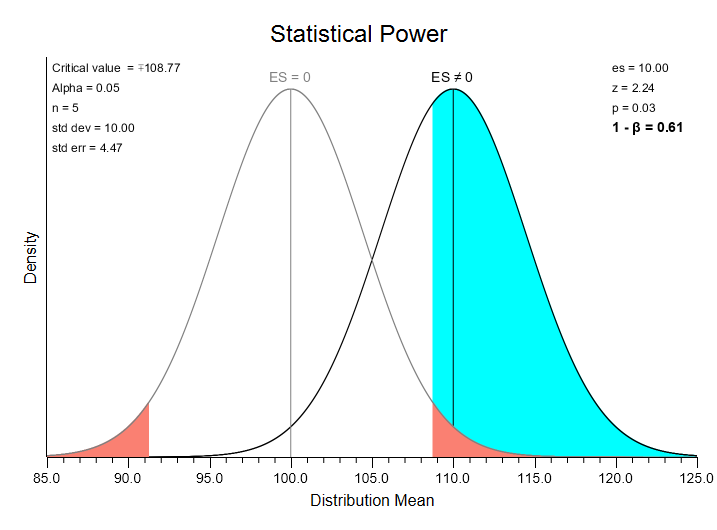 Now, the area of the alternative distribution that falls in the null’s rejection region is much greater — 61%.  This illustrates one of the important dynamics of statistical power: given an effect size greater than zero, power will increase as you increase sample size, making it more likely that you reject the null.

Now that you understand how these factors can affect the power of your research, it is very important that you use this knowledge properly.  You should always determine whether you are going to conduct a two-tailed or one-tailed test, and your level of alpha before you conduct a hypothesis test.  And, it’s very important that you make these choices to pursue the greatest validity in your research and not simply to pursue the greatest statistical power.  It is considered unethical to choose your test’s direction or alpha level after the fact in an effort to produce a statistically significant result.