You work for an automotive magazine, and you are investigating the relationship between a car’s gas mileage (in miles-per-gallon) and the amount of horsepower produced by a car’s engine. You collect the following data:

Is there a significant correlation between horsepower and MPG (alpha = .05)?

Note that these are the same data that we worked with when you were working with the Pearson correlation procedure. This will allow you to compare and contrast the results of the two procedures. 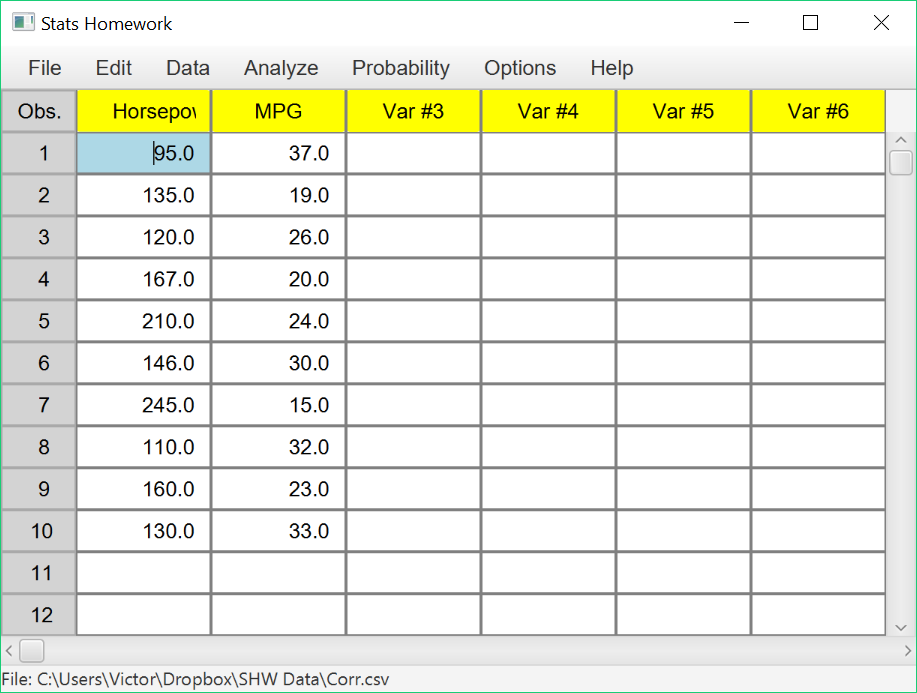 Make sure to double-check and save your data. To conduct your analysis, pull down the Analyze menu, choose Non-Parametric Tests, and then choose Spearman Correlation. You will be presented with this dialog: 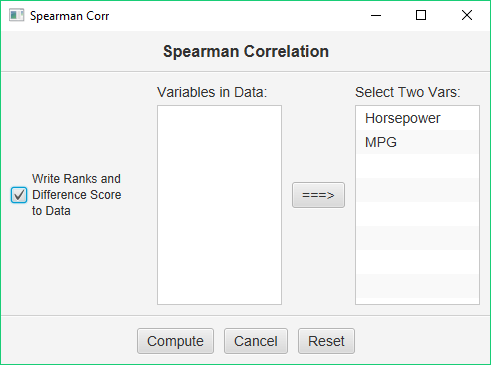 Select horsepower and gas mileage as your variables. Check the option to output our difference scores to your data, and click Compute. 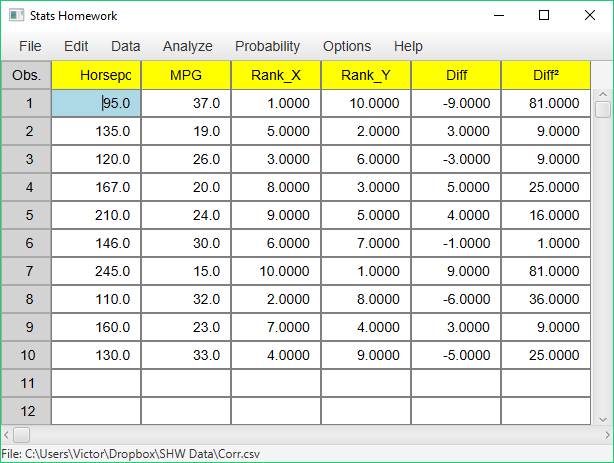 Note that the Spearman procedure has ranked each of your variables and has put these ranks into two new variables, Rank_X and Rank_Y. Also, it has computed the difference between each pair of ranks (Diff), and the squares of these differences (Diff²).

We use the sum of the squared differences (ΣD²) to compute the Spearman correlation. Now, the output will be easy to figure out:

Pearson Correlation of the ranks.