Twenty participants were given a list of 20 words to process. The 20 participants were randomly assigned to one of two treatment conditions. Half were instructed to count the number of vowels in each word (shallow processing). Half were instructed to judge whether the object described by each word would be useful if one were stranded on a desert island (deep processing). After a brief distractor task, all subjects were given a surprise free recall task. The number of words correctly recalled was recorded for each subject. Here are the data:

Did the instructions given to the participants significantly affect their level of recall (alpha = .05)?

Note that these are the same data that we worked with when you were working  with the independent t test procedure. This will allow you to compare and contrast the results of the two procedures. 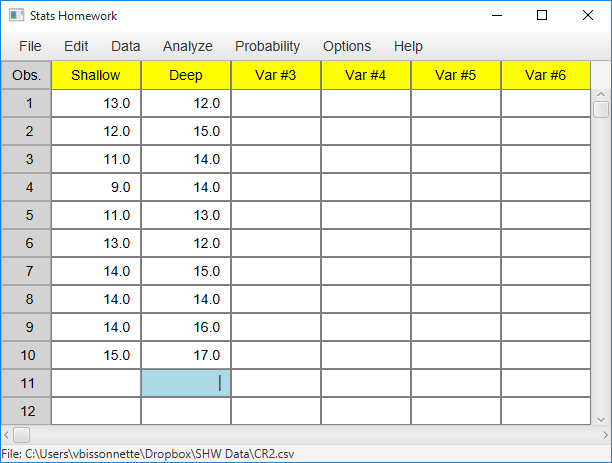 Make sure to double-check and save your data. To conduct your analysis, pull down the Analyze menu, choose Non-Parametric Tests, and then choose Wilcoxon W / Mann-Whitney U. 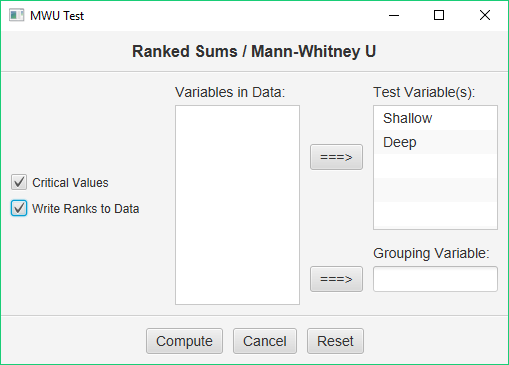 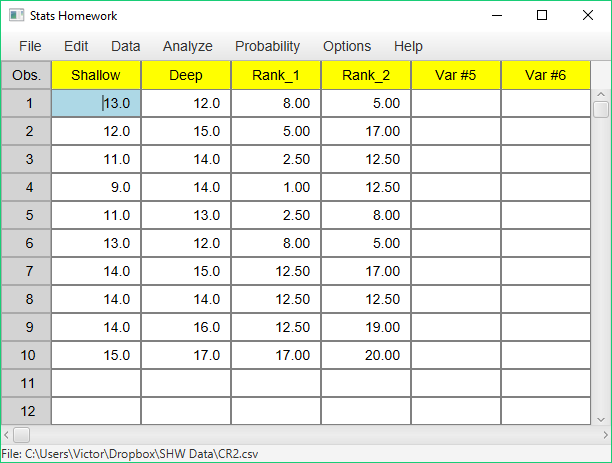 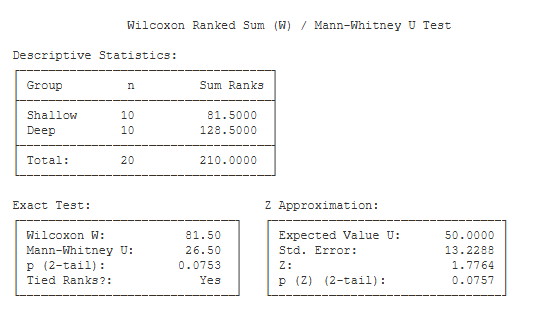 Descriptive Statistics. This table includes the number of scores
for each group, and the sum of the ranks for each group.

Exact Test. This table includes the non-parametric test statistics and
an exact test of their significance level.

Z Approximation. This table presents the normal-approximation approach to estimating the significance level of the Wilcoxon / Mann-Whitney test.