The researcher measured the number of errors committed by the participant while performing. Thus, the lower the score, the better the performance. Here are the results:

Was there a significant difference in performance between the two treatment conditions (alpha = .05)?

Note that these are the same data that we worked with when you were working with the dependent t test procedure. This will allow you to compare and contrast the results of the two procedures. 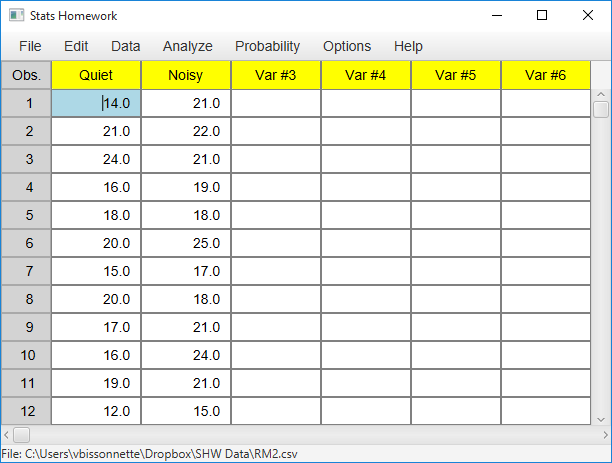 Make sure to double-check and save your data. To conduct your analysis,  pull down the Analyze menu, choose Non-Parametric Tests, and then choose Wilcoxon Signed Ranks Test. 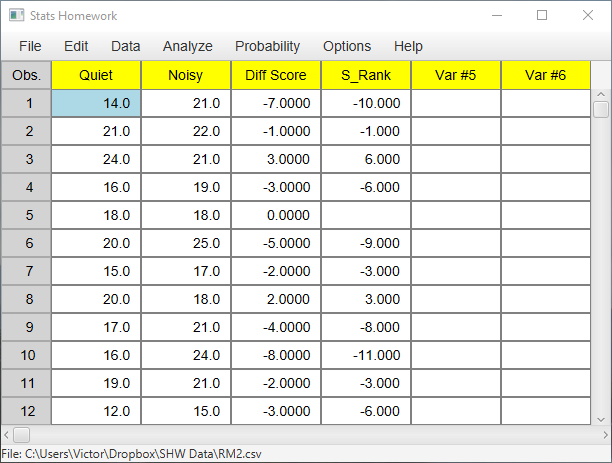 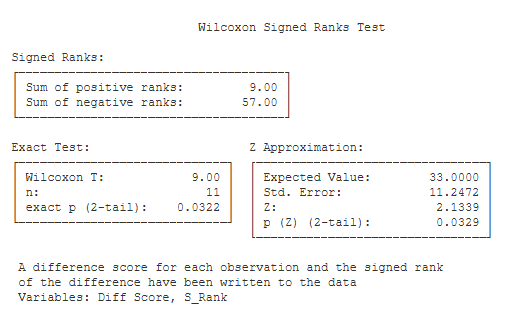 Exact Test. This table includes the test statistic and an exact test of their significance level.

Z Approximation. This table presents the normal-approximation approach to estimating the significance level of the signed-ranks test.