This study resulted in the following data:

Did the perceived level of task difficulty significantly affect the participants’ performance (alpha = .05)? If your analysis reveals a significant overall effect, then make sure to explore all possible mean differences with a post-hoc analysis (same alpha).

Note that these are the same data that we worked with when you were working with the one-factor ANOVA. This will allow you to compare and contrast the results of the two procedures. 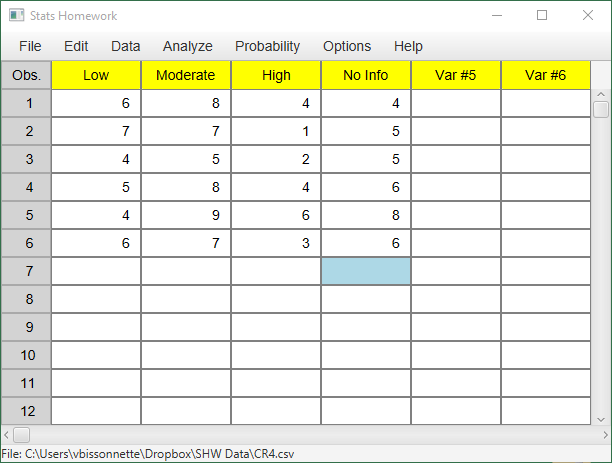 Make sure to double-check and save your data. To conduct your analysis, pull down the Analyze menu, choose Non-Parametric Tests, and then choose Kruskal-Wallace Test. You will be presented with a dialog that asks you to specify the design of your study: 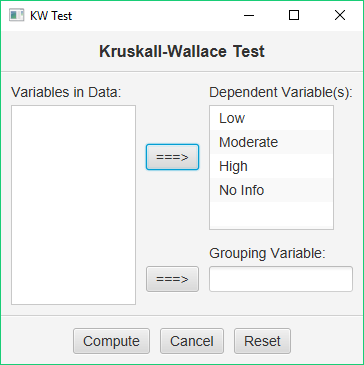 Add your four variables/groups to the design window on the right. When you are ready, click the ‘Ready’ button. Here is the output produced:

Inferential Statistics. This table presents the Chi Square approximation to estimating the significance level of the Kruskal-Wallace test.